A Shadow Fix For The Two Base Game Tights Mod 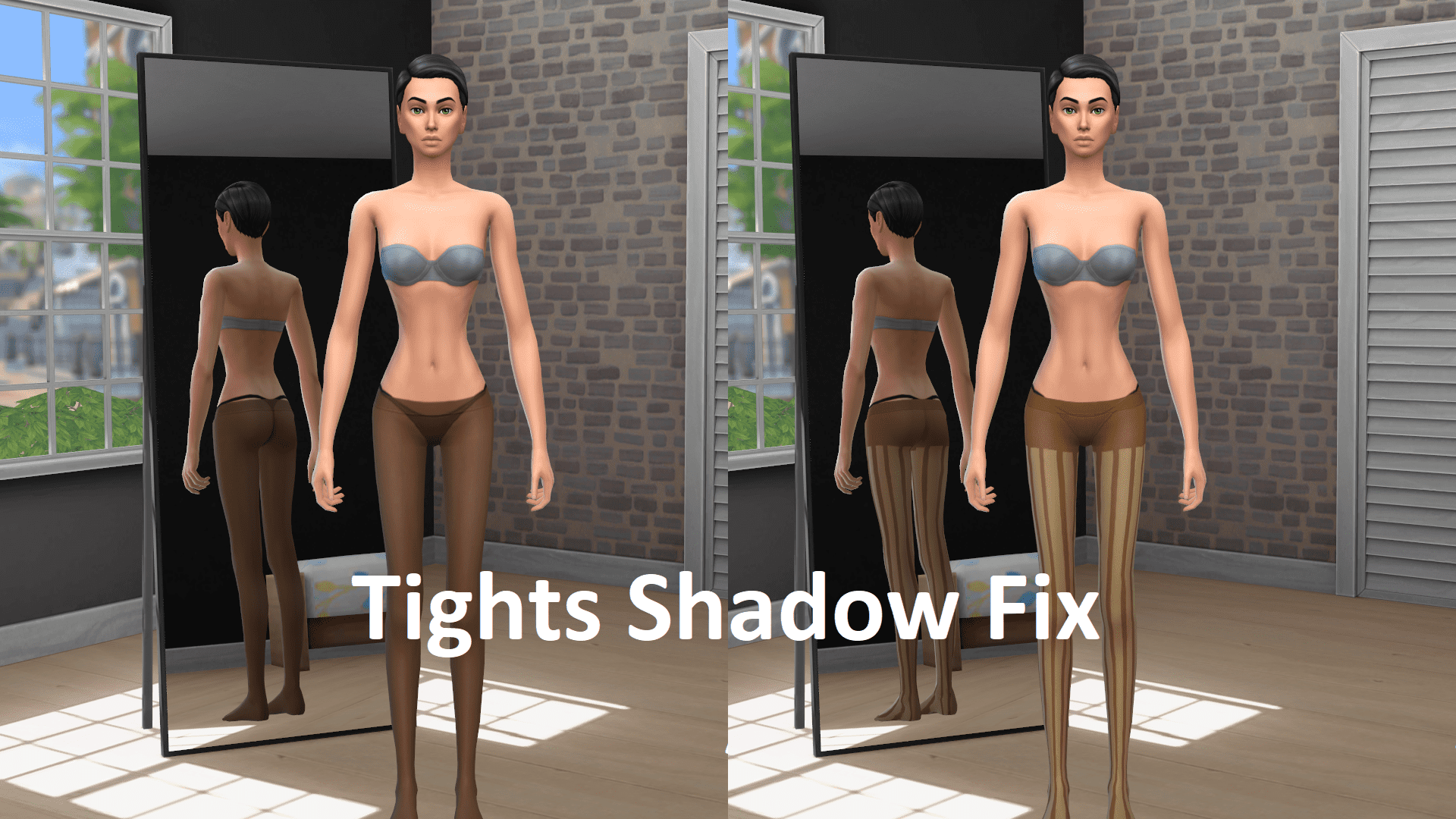 A Shadow Fix For The Two Base Game Tights Mod

A while ago I’ve noticed a weird shadow on the sim’s belly if wearing one of two models of basegame tights. For the solid semitransparent ones the first black swatch was ok but the other four had this shadow and for striped ones all the swatches had it. While fixing this I’ve noticed also that the black solid tights missed their specular and region map so I’ve added them also. I didn’t paint any new textures myself, only changed some instances via Sims 4 Studio.

What’s included?
Separate files for solid semitransparent tights and for striped ones.

Only the CasPart resources were changed. The files are very small as they do not contain the original textures.