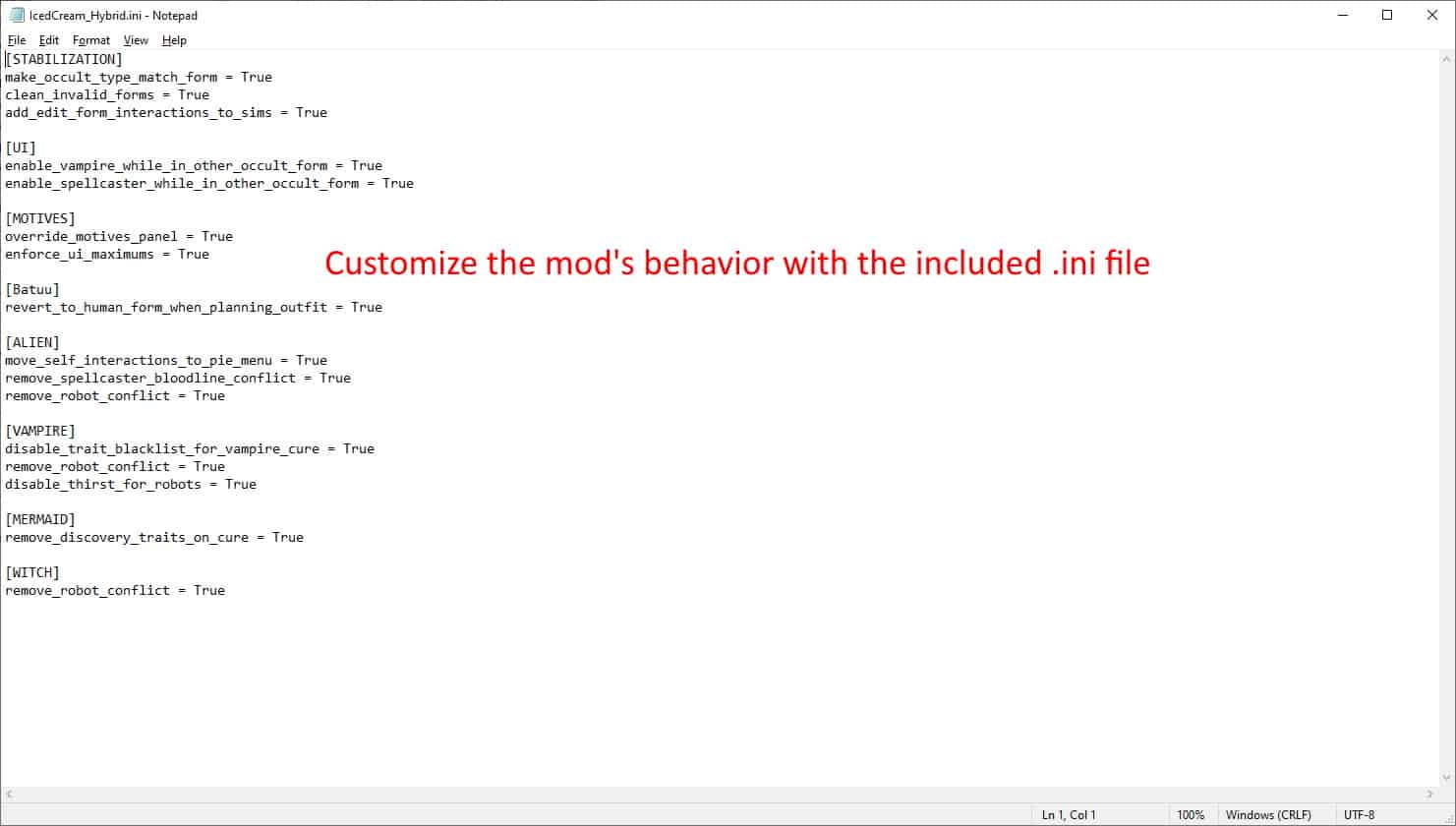 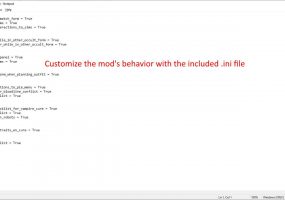 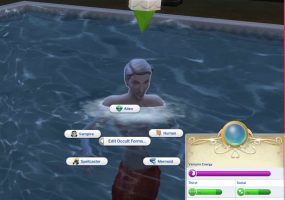 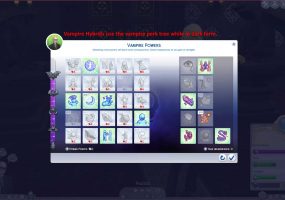 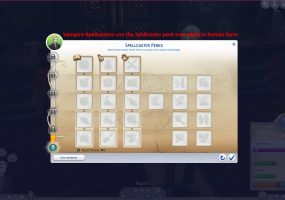 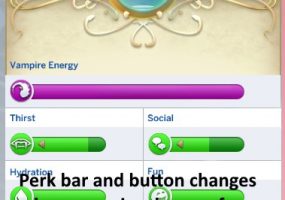 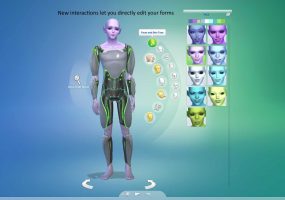 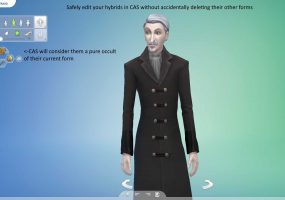 Important Install Instructions:
This mod has a script component. The included .ts4script file must be placed directly in your mods folder or at most only 1 subfolder deep.
Do NOT rename the .ts4script file. It WILL break the mod.

This mod is still a work in progress. Please report any issues.

Requirements
While this mod doesn’t “require” any packs, it’s almost pointless to use on its own without any occults in your game.
The only benefit you would get is the ability for the needs panel to properly work with any custom need added by mods.

Tired of your hybrids glitching out in CAS? Upset that your vampire-mermaids can’t access their perk tree? This mod is for you.
This mod solves many of the issues plaguing hybrids in the sims 4. Now you can safely play hybrids without fear of the game randomly deciding to break your sims.
Some of the main features are:

Perk Access
With this mod, you will be able to access your hybrid’s perks based on their current form (if the make_occult_type_match_form option has not been disabled).
The needs panel will update as your sim changes forms.
A picture is worth a thousand words, so take a look at the animated images in the spoiler below to see what I mean.

Note: While in a form without a perk tree (alien, mermaid) the mod will prioritize the display of the vampire perk bar. Spellcasters are given priority while in human form.

.INI customization: EXPERIMENTAL
This mod includes a .ini file which you can edit in any text editor to change the behavior of the mod.
The mod works “out of the box,” and you don’t need to change anything if you don’t want to.
If you ever want to restore the default settings, simply delete the file and the mod will create a new one when you relaunch the game.
Note that you must restart the game for any changes to take effect.
Should the .ini file customization cause too many issues for users, it is likely that I will remove it and just modify the mod to have everything enabled by default.

The settings are as follows:

Compatibility
This mod does not override any game resource files and should be compatible with any tuning mod.
This mod includes the functionality of these mods of mine and should not be used together with any of them. Please uninstall them as this mod contains all of their functionality.

This mod modifies the behaviors of the following script classes and may run into compatibility issues with mods that completely override their behavior:

OccultTracker – The behavior of this class has been heavily modified. Any mod which significantly alters the occult system may have compatibility issues.
TraitTracker – modifies the _send_commodity_list_msg function which determines which needs are displayed in the needs panel.
AppearanceTracker – only slightly modifies the evaluate_appearance_modifiers function which controls how appearance modifiers are displayed on sims. Should be compatible with most mods that alter this.

How does it work?
A sim’s occult status is determined in 2 ways, by their traits and by a hidden number in the game’s script files named “occult_types.”
The traits control the sim’s forms and their access to occult interactions while the “occult_types” number controls how the game renders their needs panel and how the sim is treated in CAS.
Whenever a sim gains an occult trait, the “occult_number” is modified based on the occult traits the sim has. The game checks this number whenever it wants to determine if a sim is a specific occult.
If a sim is a hybrid, the “occult_types” number becomes a value that the game doesn’t understand, which is why CAS has so many issues and why mermaids would get stuck swimming on land.

This mod modifies the how the game checks occult types by making it look at the sim’s traits instead.
This allows the mod to alter the “occult_types” number into something the game can understand without endangering the sim’s forms or access to perks.
This change allows hybrid sims to safely enter CAS and freely switch between forms without suffering from horrible glitches.