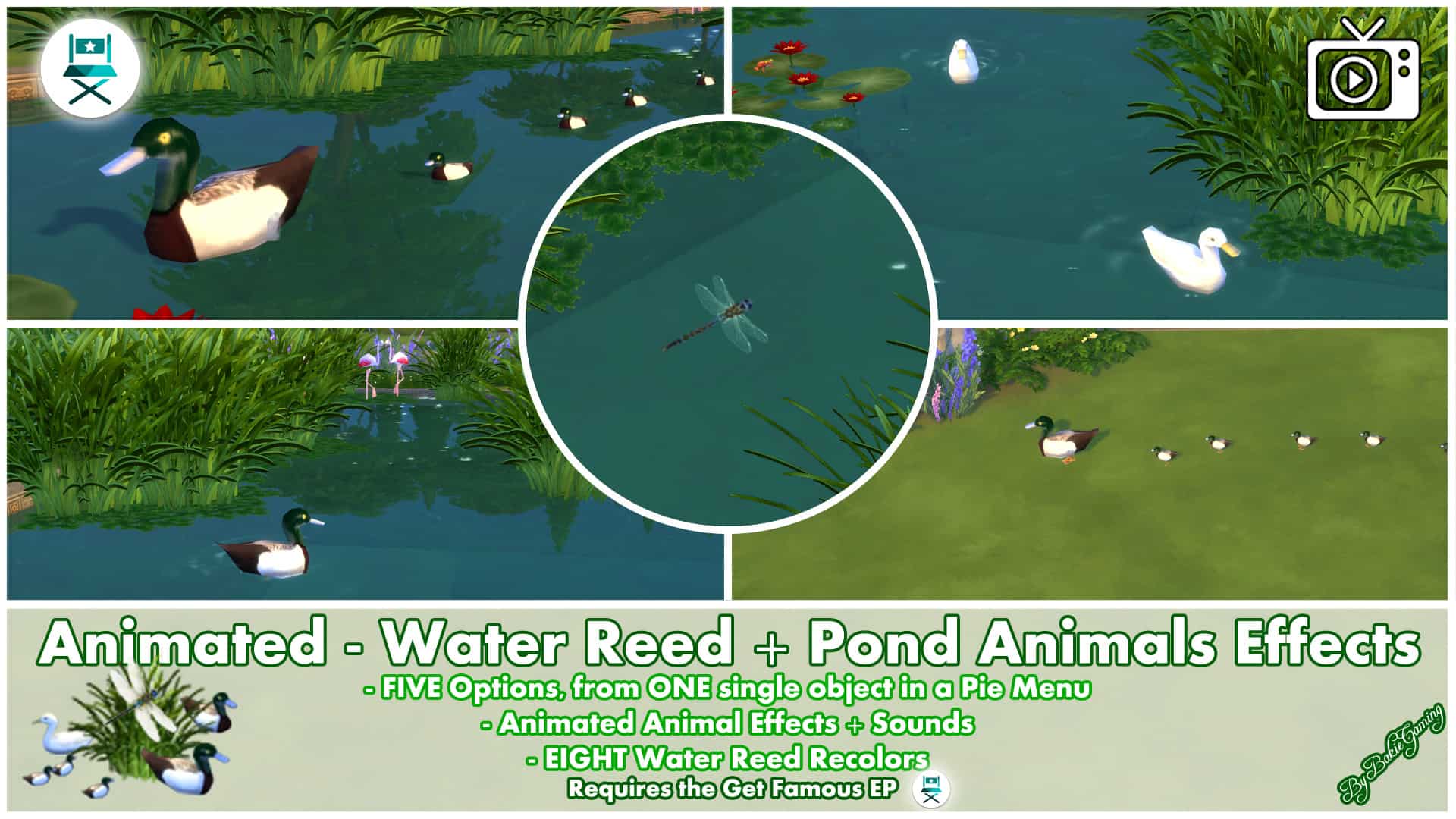 Animated – Water Reed + Pond Animal Effects
This time I merged four of my older mods into one!
Instead of having 4 of the exact same water reed objects in your game catalog, each spawning a different effect, you can now have only one water reed object in your catalog capable of spawning five different animal effects.
To be able to use the new Option Menu on this water reed object, you do need to have the Get Famous Expansion Pack installed. If you don’t have this pack, you can download my older Base Game Compatible Water Reeds mods which I updated to fix some small problems with them. For links to these old files, take a look below.

If you want to switch effects, simply click the water reed object again and click on another effect.
To turn an effect of, click the object and choose for the “Pond Animal Effect Off” option.
As for the white ducks, using the option to switch them off or to switch them with another effect only works if you zoom way out and after that back in for them to disappear. This is a problem with the effect in game rather then with my mod, so there’s nothing I can do about that.

Be aware that effects may not appear when your graphical settings are set to low, your game is a certain seasons which stops the effect from appearing or the time of the day does.
For example, you won’t see dragonflies in the evenings or at night.

As for the water reed object itself, you can choose between 8 different recolors.
If you would like to see the animal effects in motion and some more in depth information about this mod, please click the video link above.

Object information:
This mod requires the Get Famous Expansion Pack.
It’s a Standalone object, so it won’t override any other objects in game.
To easily find it, type “Water reed” into the search bar.
You can also find it by going to the Fountain’s Decoration section.
it can be recognized by my “BakieGaming” icon in the lower right corner of the thumbnail.
The cost are: 150 Simoleons