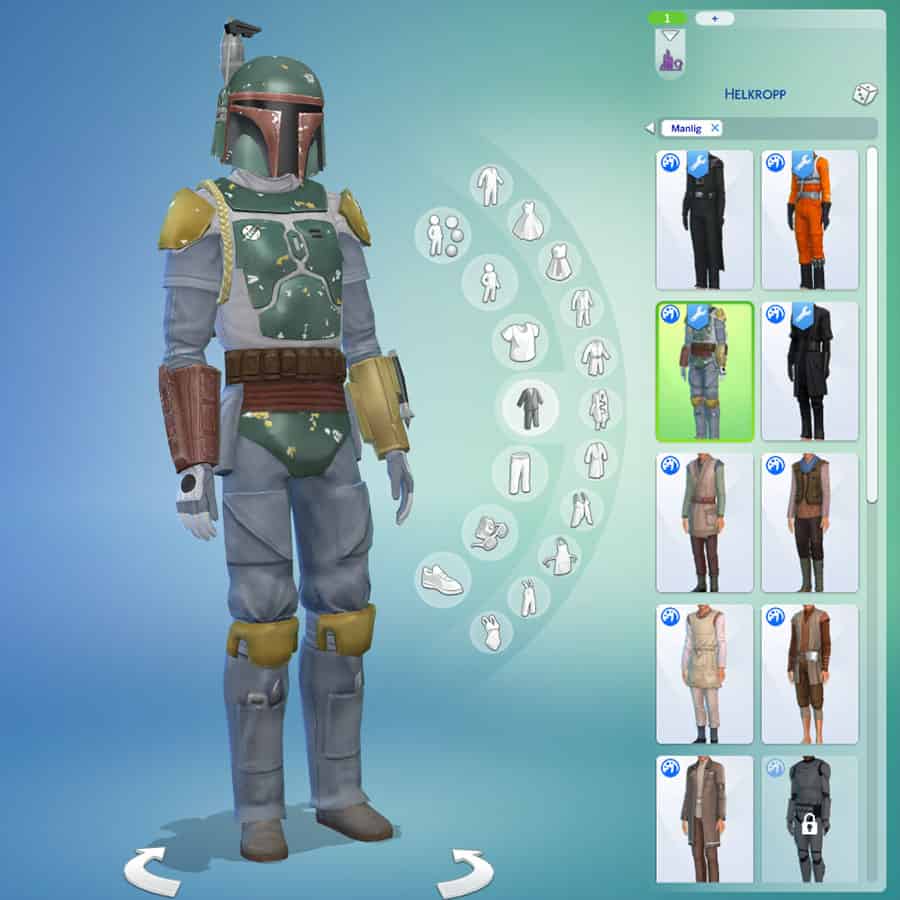 This is my first public modification.

When I tried out the game pack ?Journey to Batuu” a few days ago, I was a bit disappointed to discover that the seven Star Wars costumes that we received in 2014 and 2015 (X-Wing pilot, Darth Vader, Princess Leia, Yoda, Darth Maul, Boba Fett, and Aayla Secura) were not enabled for use on Batuu, so I decided to fix that. I also thought it would be neat if you could find all Star Wars-themed costumes under the game pack’s filter in CAS, so I took care of that too.

Two versions of the mod are available:
“Letrax_StarWarsCostumesAreGP09.package” moves all seven costumes so they become part of the Journey to Batuu pack and become enabled for use on Batuu;
“Letrax_StarWarsCostumesAreGP09NoXWing.package” technically does the same thing, but also hides the X-Wing pilot costume from CAS ? since there are already pilot costumes available in the game, costumes that you only unlock as you advance in the Resistance, I thought it was a bit cheaty to have it available

None of the CAS parts are available for random selection, with one exception ? I think Aayla Secura’s suit looks commonplace enough that I won’t mind it if any inhabitants on Batuu happen to use it. (I must admit that I’m not particularly familiar with the character; if any Star Wars fans can tell me that this goes against the canon I can make another version.)