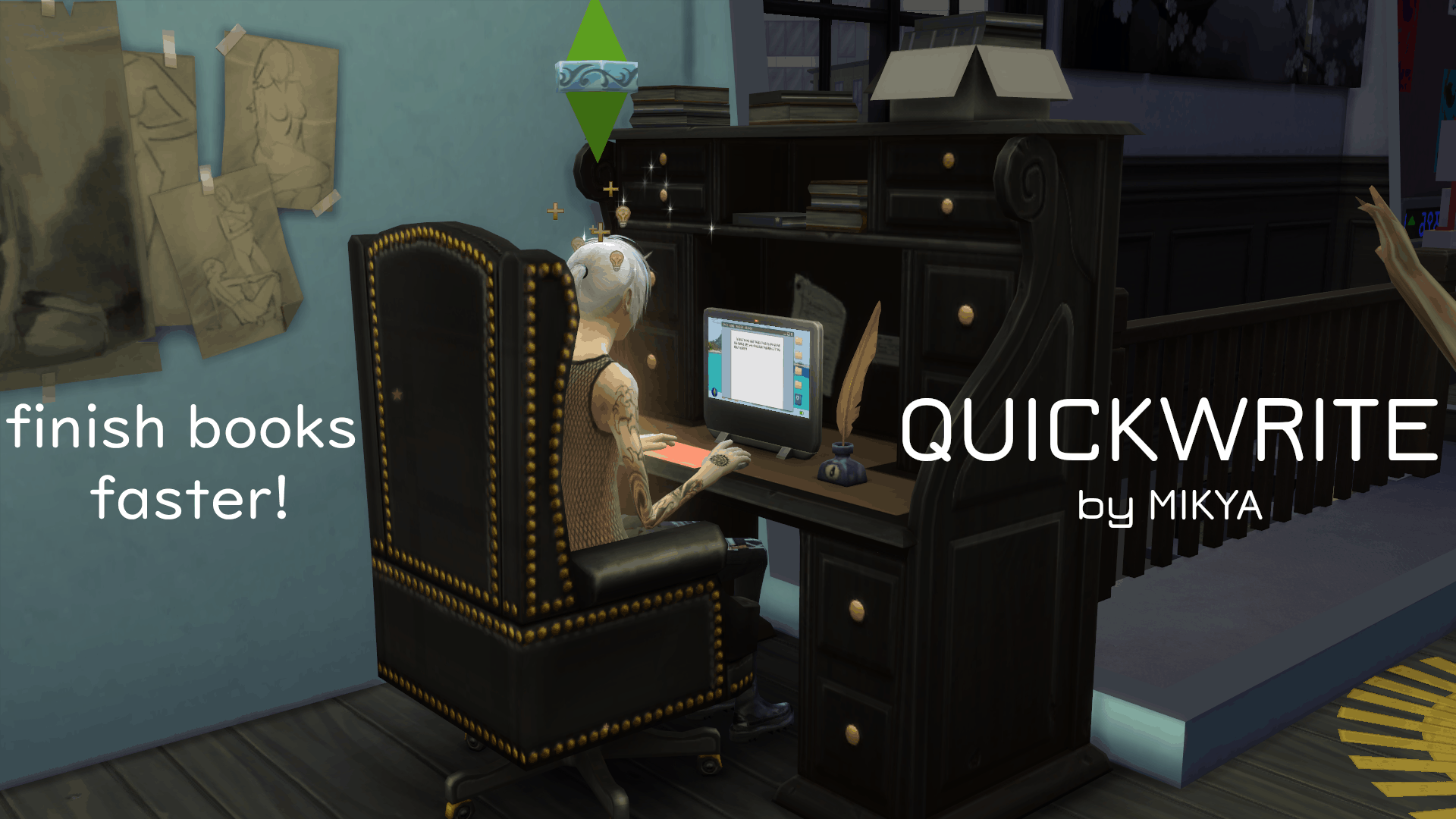 The amount of time Sims take to finish writing books and songs is annoying. Not only that, but the payout for all of that time spent making something was so poor! A lot of Sims have busy lives and can’t spend so much of their limited lifespans trying to write books and songs!

This mod ensures that that is no longer an issue. A freelancer writer Sim will thrive in that they can write multiple books in a day, and any Sim that decides to take on writing or songwriting as a hobby can make more in royalties by having more to sell. Not only these, but your Sim will have more time to do other things that need to be done — like sleeping!

The time Sims take to complete things like songs and books operates on a skill curve and is influenced by other things like the Fast Internet lot trait, so there’s no guarantee on exactly how long your particular Sim will take to finish their creations. However, no matter the skill curve, QuickWrite makes the process speedier.

I have separated the downloads into different .rar files, so you’ll be able to choose whichever you want to implement in your game. For the QuickSongs portion, I highly recommend installation your MIKYA_quicksongs base file, as this will help the expansion pack files work if you want to implement those. The DJ Booth requires the Get Together expansion and the Pipe Organ requires the Vampires pack. All of the base game instruments are rolled into one package, and the books are another separate download.

This mod may conflict with any mods that use the following resources:

Additional Credits:
Thank you to the creators of Sims 4 Studio and GIMP!