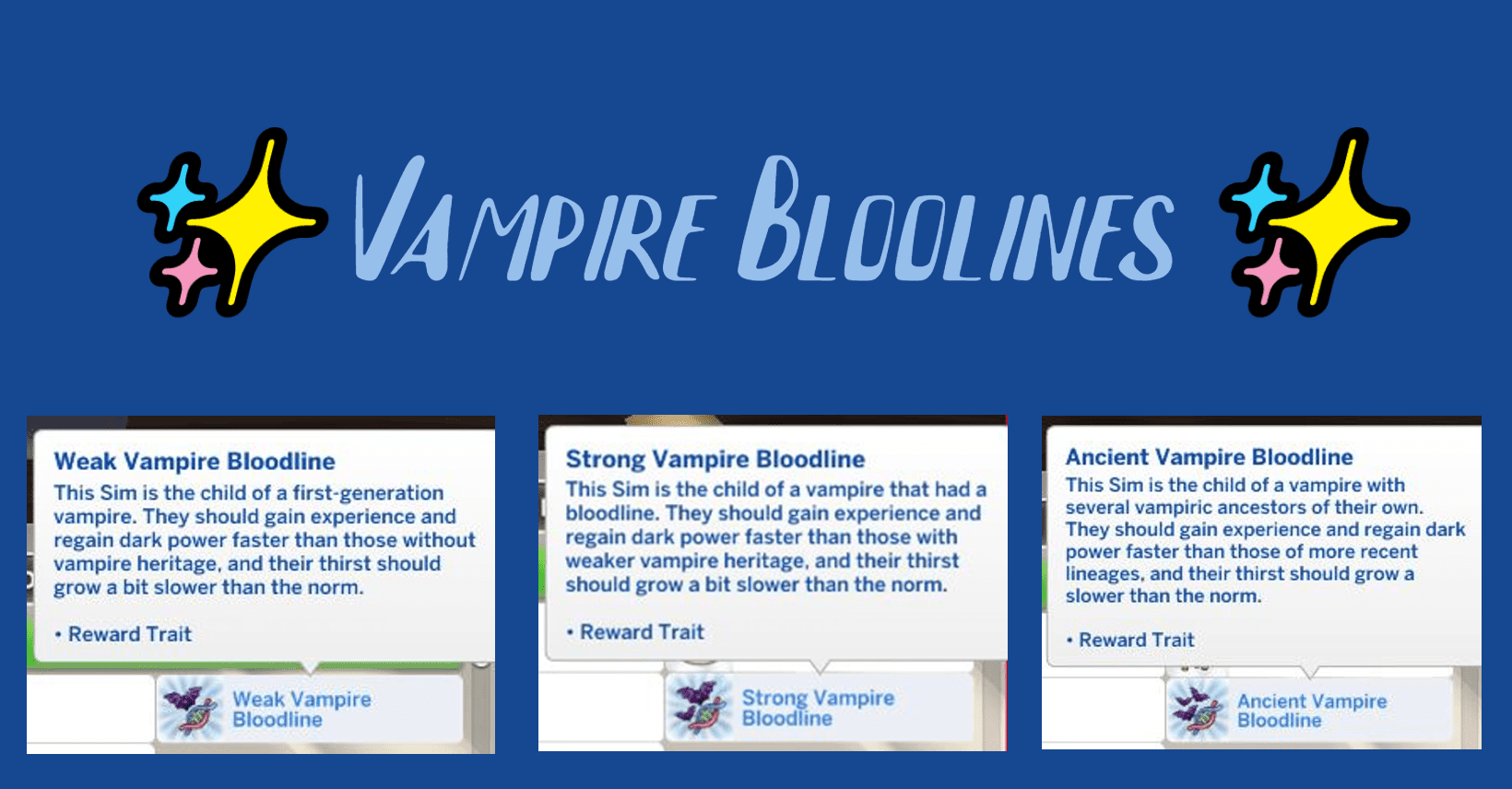 This mod requires MAL22’s Trait Tracker Injector, and will not work without it.

So let’s talk about how Vampire Bloodlines work now. I made modified inheritance rules for it based on the Spellcaster Bloodlines that come with the game, except the Occult in this case is Vampire, and the traits are custom. Still, it follows the first-gen Vampire -> Weak -> Strong -> Ancient path the Spellcaster one does.

That said, it’s different in terms of its perks. Of course, Vampires aren’t Spellcasters, they don’t have the risk of death by overcharging, etc… So here’s the breakdown of the perks.

I made it as similar to the other bloodline traits as possible (within reason).

Known issues:
On earlier testing, there was an issue with Spellcaster hybrids overriding this, but recently, it doesn’t seem to be an issue anymore. Let me know if anyone has that problem again.

Any future plans?
Yes! I want to make bloodlines for other occults… as soon as I figure out what the fair equivalent benefits for aliens and mermaids would be, that is, since it’s not as straight-forward as vampires.

Credits:
This wouldn’t have been possible for me to do without Zerbu’s Mod Constructor and The Sims 4 Studio. They are exceptional programs and I thank their creators for making them. And of course, thanks to the MAL22’s Trait Tracker Injector for making the functionality of bloodline traits easier to implement.

2. Extract: Use 7zip (recommended), WinRAR (Windows) or Stuffit (OS X) to extract the file(s) from the .rar or .zip file(s). OS X also has a built-in utility for that (just rightclick).

3. You can install the .package regularly (AKA put it in your Mods folder), but you need the aforementioned MAL22’s Trait Tracker Injector, as these bloodline traits will not work without it.