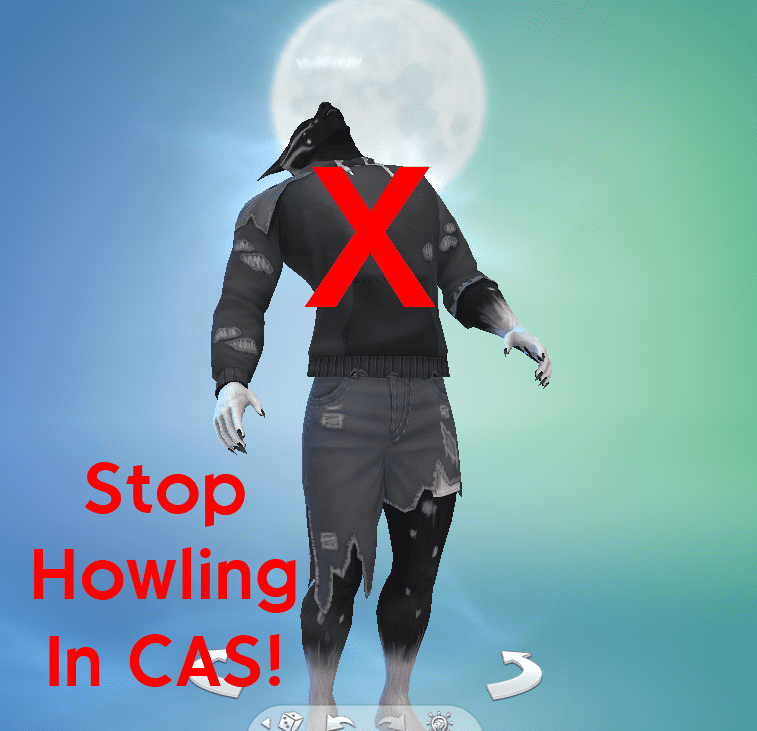 Well, this simple mod replaces the CAS howl animation with an empty animation, so it basically skips the howl. | UPDATE : The Howl is replaced with the default Male & Female CAS idle animations

If you’re updating from the previous version in wich the sim glitches for a couple of seconds in CAS, remember to delete the old files of the mod!