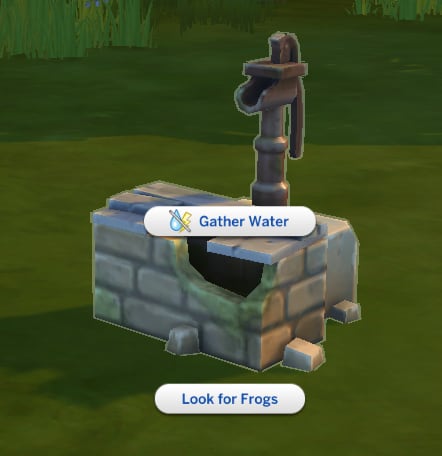 Another simple mod. I’ve unlocked the basegame water pump world object, and then I saw that Maxis has it sort of enabled for off the grid gameplay – when placed on a lot with the Off The Grid trait, an interaction to “gather water” becomes available. So I also made the object a water producer, like the dew collectors from Eco Lifestyle. It’ll reduce your bills slightly and enable you to use plumbing when off the grid. It still has the original functions, so you can search for frogs and gather water too. There’s also a second version that only has the default functions, so you can still gather water from it, but it won’t produce water by itself. Because this is a default replacement, you can only have one of these in your game at once.